All great businesses share a common trait - people make the difference. The caring associates at Siwicki-Yanicko Funeral Home have been serving the community one family at a time. Below you will find bio’s on each our knowledgeable and dedicated staff. Please feel free to contact any of us, we’re always here to help. 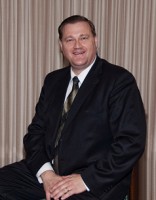 Bill attended Gannon University in Erie and graduated with honors with a Bachelor of Science Degree and became a Surgical Physician Assistant. Following a six-month fellowship in Surgery and Emergency Medicine at Union City Hospital, Union City, he worked at Shadyside Hospital in the Operating Room for five years.

Bill was approached by local funeral director, Joe Siwicki and his father, the late Dan Yanicko, about going back to school and becoming a funeral director and buying the Siwicki Funeral Home. In 1985, Bill left his job at Shadyside Hospital and went to mortuary science school. He graduated second in his class from the Pittsburgh Institute of Mortuary Science in September of 1986.

Before purchasing the funeral home, he made a promise to his Father to always try to step into the shoes of the family member he is serving and try to understand the loss they feel. He also, promised his father that he would always place the family’s needs as the highest priority, treating them like they were his own family. He bought the funeral home after serving his internship and receiving his license in March of 1988.

Bill started and has maintained a funeral director supply, printing and advertising specialty company, named Taylor Supplies. He is also a licensed insurance agent offering insurance to individuals from a company he loves, the First Catholic Slovak Ladies Association.

He is a member of West Deer VFD # 1 where he can be seen making funnel cakes during Community Days, helping with the Breakfast with Santa and the Cash Bash. He serves on the Board of Directors, and is the Chairman of the Ways and Means Committee.

He has always been active in the church. He served on the Church Council, organized the annual Good Friday Men’s Club Fish Fry and he helps with the St. Victor's Bingo and is Co-Chairman of the Bingo Committee. Bill was an integral part of the organization and establishment of the present St Victor – Transfiguration Parish Fish Fry. You can find him in the kitchen cooking the Haluski from his grandmother’s recipe, along with the community favorites of mac and cheese, perogies, baked fish, clam chowder and green beans. He does all the ordering and he maintains of all the supplies and food for the weekly fish fry. He single-handedly organizes, prints and develops the advertising for the Fish Fry placemats, order slips, menus, the flyers and advertising.

Most of All – Bill is a DEEPLY devoted husband and father - his family is his highest priority. His faith is extremely important to him. He has taught his children about his heritage, helping them to understand the family traditions, foods and especially the Christmas Eve traditional dinner celebration. He is a man of incredible integrity and honesty. He goes above and beyond to help families in their time of need to make their most difficult time easier. He has helped many, many students and school organizations. As you can see, he has a challenge of saying no. Bill is the volunteer’s volunteer, who always gives 110% to the organization. It is simply his way of giving back to the community that he loves.

Bill was nominated and selected for the Deer Lakes School District's - Distinguished Alumni Class of 2013.

Bill and his wife Gail currently reside in Russellton section of West Deer. They are the parents of three children, Billy, Kimberly and Teresa.

A year of daily grief support

Our support in your time of need does not end after the funeral services.  Enter your email below to receive a grief support message from us each day for a year.  You can unsubscribe at any time.